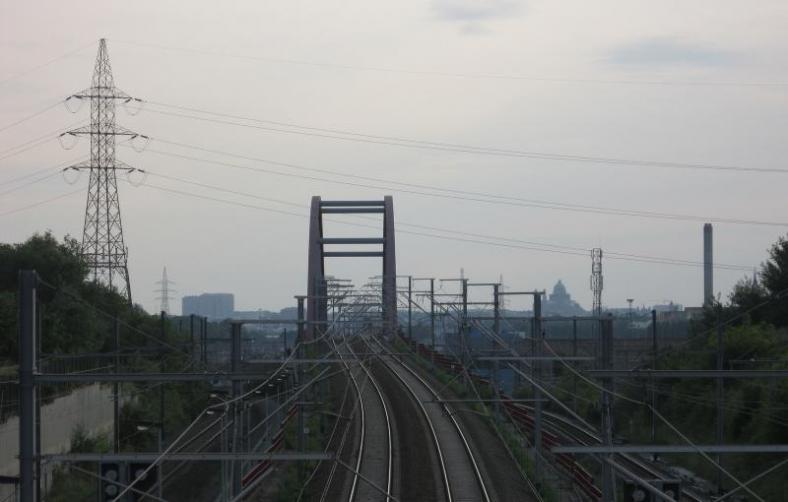 This interdisciplinary workshop brought together researchers and professionals from Belgium and abroad to discuss a number of contemporary tendencies in Science and Technology Studies (STS) and the History of Technology. Interest for technology-in-use and related subjects such as maintenance and infrastructure has been gaining ground in these fields for some time now, as opposed to their traditional focus on innovation and novelty. To bring such approaches to the ULB and Brussels was the purpose of the morning session.

David Edgerton (King’s College London), author of the widely acclaimed Shock of the Old (2006), began with the suggestion to remove technology as a term from our vocabulary. In the wide-ranging survey of the subject that followed, Edgerton asserted that the History of Technology’s traditional focus on novelty and change has so far led to a very incomplete understanding of the material constitution of society. He then provided a long list of arguments why maintenance in particular has not received the attention it deserves. For instance, he argued that maintainers constitute a "foreman class" of skilled workers. As such they do not fit well into the marxian class structure and have therefore often been overlooked or subsumed into the larger notion of the working class.

Lee Vinsel (Stevens Institute of Technology, New Jersey), one of the initiators of The Maintainers, a group of scholars mainly interested in repair, maintenance, and infrastructure, picked up on Edgerton’s talk with a critique of the most extreme contemporary innovation-centric discourses as exemplified by celebratory accounts such as Walter Isaacson’s The Innovators. Vinsel pointed out that while maintainers have an important role in any human society, they became vastly more important during the so-called “second industrial revolution” and the construction of large technical systems and infrastructures. He also observed, among many other insights, that one of the main purposes of maintenance is to preserve social, physical, and technical order(s).

Karsten Marhold’s (ULB, MM&C) talk on Electric Vehicles in the 1970s aimed to provide a concrete example of how maintenance and use, taken seriously, can help inspire and refine research into specific technological artifacts. Indeed, maintenance requirements and reliability issues were identified as major obstacles by German and French engineers working on such vehicles at the time.

Finally, David Helbich's talk on his Belgian Solutions project illustrated, from an artists’ perspective, why Maintainers-type thinking has the potential to resonate particularly well in Brussels and Belgium. With "bricolage" and the everyday struggle to keep things in working order at its centre, Belgian Solutions, in the context of this workshop, appeared as a playful way to make visible the place and importance of maintenance and repair in contemporary life.

The purpose of the afternoon session was to discuss what implications a focus on maintenance might have from a sustainability perspective. The presentations and discussions suggested that research on maintenance, infrastructure and repair can lead to valuable insights about the relationship between technology and the environment.

Grégoire Wallenborn (ULB, IGEAT), in a presentation focused on electrical power grids, left no doubt about the urgency of the environmental catastrophe which we can expect rather sooner than later. But he was still able to offer an optimistic solution in the form of rolling blackouts: that is, voluntary disruptions in electricity supply designed to “practice” catastrophe before it arrives for good. Historical examples, such as car-free days or past blackouts, suggest that such disruptions can lead people to reconsider their relationship with infrastructures and technology, making them visible and less taken for granted.

Meanwhile Mathilde Lallemand (ENTSO-E) revealed the immense complexity of having to actually transform the electrical grid, an existing piece of infrastructure in constant use, in response to the challenges created by the development of renewable energies. The presentation and the following discussion provided many anchoring points for STS scholars and researchers. From active consumers to distributed generation, from democratic challenges to cross-border cooperation, the list would go beyond the scope of this summary.

Vincent Lagendijk (Maastricht University) then demonstrated how historians can play a role in such processes: in his case, by showing that citizen protests can be a constructive force leading to socially acceptable and more democratic infrastructure development. Studying technology and infrastructure from such a bottom-up perspective may thus lead to valuable insights into their wider social effects. Lagendijk asserted that in the past, citizen engagement with infrastructure-building has contributed to the shaping of both technical artifacts and the identities of local communities.

This notion was then underpinned by Dominique Nalpas (États Généraux des Eaux à Bruxelles), who presented BrusSEau (Bruxelles Sensible à l'Eau). This project aims to allow citizens to engage with municipal water infrastructure in Brussels by tapping into their observations and educating them. The project consortium hopes that municipal administrations and engineers will be more open to citizens' concerns about infrastructure once they are well-grounded and well-formulated.